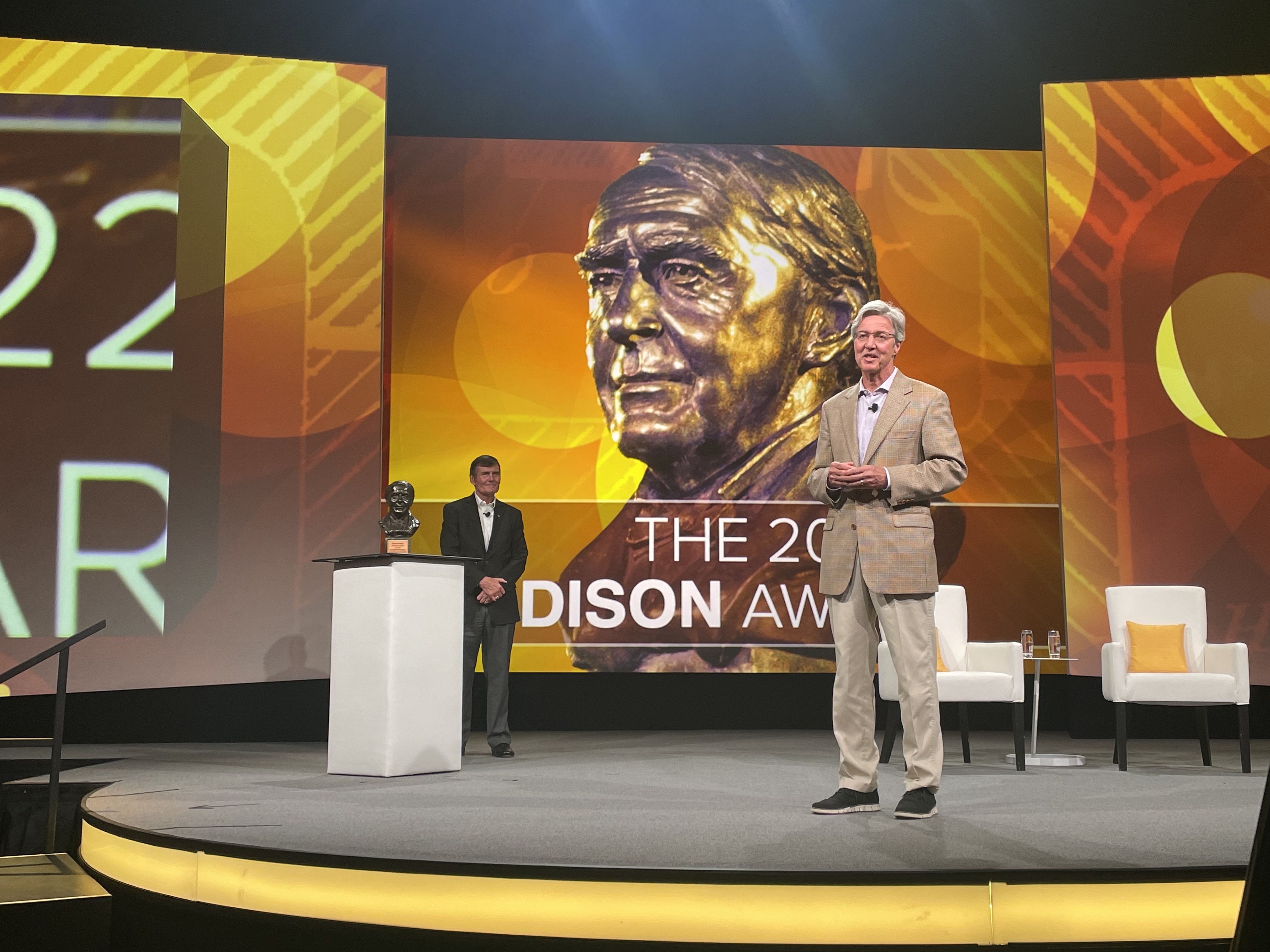 (NEWARK, N.J. – June 22, 2022) The Edison Electric Institute named Public Service Electric & Gas the recipient of the 2022 Edison Award, the electric utility industry's highest honor, in recognition of its industry-leading efforts to protect New Jersey communities and customers from extreme weather conditions. The announcement was made Tuesday evening at EEI's Annual Convention and Expo in Orlando, Fla.

"We are honored and grateful for this recognition and proud of our efforts to serve 2.3 million customers and enhance their lives and businesses by making our distribution systems more resilient in the face of increasingly extreme weather events," PSE&G President and COO Kim Hanemann said.

The investments to protect customers from the extreme weather caused by climate change are fundamental to PSEG's Powering Progress vision of a future where people use less energy, and it's cleaner, safer and delivered more reliably than ever.

This is the third time in PSE&G's 119-year history that the utility has received the Edison Award.

"Delivering resilient clean energy to our customers and to our communities always is the top priority for EEI and for our member companies," said EEI President Tom Kuhn. "After Superstorm Sandy hit a decade ago, PSE&G's forward-thinking Energy Strong program, has reinforced its commitment to making the investments needed to enhance energy grid reliability and resilience. PSE&G is exceptionally deserving of this prestigious recognition, and I congratulate them for being named this year's Edison Award winner."

Public Service Electric & Gas Co. is New Jersey's oldest and largest gas and electric delivery public utility, serving three-quarters of the state's population, as well as one of the nation's largest utilities. PSE&G has won the ReliabilityOne Award for superior electric system reliability in the Mid-Atlantic region for 20 consecutive years. PSE&G received the 2022 ENERGY STAR® "Partner of the Year" award in the Energy Efficiency Program Delivery category, and is a 2021 Customer Champion and Most Trusted Brand as named by Escalent. PSE&G is a subsidiary of Public Service Enterprise Group Inc., (PSEG) (NYSE:PEG), a predominantly regulated infrastructure company focused on a clean energy future and has been named to the Dow Jones Sustainability Index for North America for 14 consecutive years (www.pseg.com).